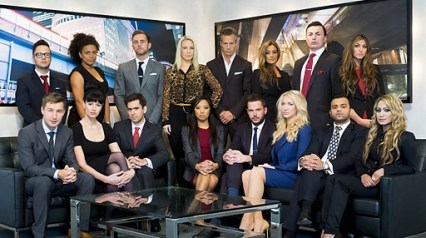 Tonight’s apprentice task was one very close to my heart. The candidates must invent a new flavoured beer, but is there trouble brewing…..You bet, another shambolic performance from both teams in trying to find a flavour for there own beer. Chocolate and orange or rhubarb (no custard) the teams had to choose a stock beer for flavouring and locations to sell to the public and trade.

The girls wasted two barrels of good pop as they could not work out ratios! Perhaps the rhubarb went to their heads. As ever the candidates were falling out like cats in a bag. Choice of location, a beer festival for the girls in a pub and the boys at a proper beer festival where the most expensive, so in the afternoon go to central London and drop the prices, makes sense, not in my books.

Best laugh of the night was the boys turning up to a specialist beer pub with no sample and no pump disc! A sniff of the bottle was offered, as unbelievable as this sounds it was true.

After the inquest in the board room Lord Sugar came up with the most predictable (and accurate comment) “couldn’t organise a piss up in a brewery.” Tim Stillwell the drinks specialist was fired but it was close, Francesca MacDuff-Varley could have easily gone as she was responsible for the wastage at the brewery.

Next weeks task should be interesting as the teams are to design and market flat pack furniture. If MFI was thought to be Made For Idiots should next weeks items be known as MBI Made By Idiots?